Dismantling, tearing, drilling and grinding define the mode of operation of the artist. His technical materials are plasterboard, wall paint, pencil, putty, paper and glue. The drilling of holes is a destructive act. At the same time, holes, which fill an empty space as a negative form, form both an aesthetic and poetic pattern of dots.

Looking at Martin Bruno Schmid’s objects gives rise to an ambivalent feeling, but the rough action of the artist reveals itself as a system of an artistic reversion. His artistic activity has an exploratory character as, metaphorically speaking, the drilling is a form of searching and exploring. As a result of the thousands of holes made with the pencil tip, his "drilling drawings" find themselves in a vague state of decay. Greyed, delicate and airy; the tattered paper flutters over the white background and gives rise to interplay between light and shadow and thus comes very close to the symbol for the heavens, "Pi", (from the late Chou period), because the hole in the centre of the Chinese jade disc, "Pi", evokes the peering in of the "spiritual" world into the earthly. His "drilling pieces" also have a morbid appearance. White crusts of plaster, putty and wall paint, pierced by the drilling machine, seem to flake away and draw the gaze to the tectonics of the substrate, which displays a kind of "geofracture", a fragile zone, in which the pencil lines of the coordination also only exist in a fragmentary sense. In turn, this apparent decay eventually becomes an opening, allowing the view to pass to the background. 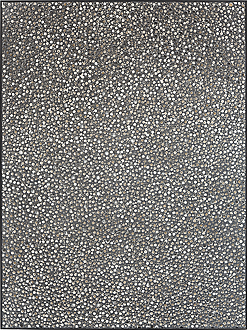 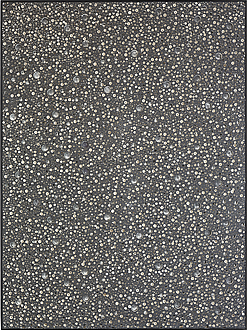 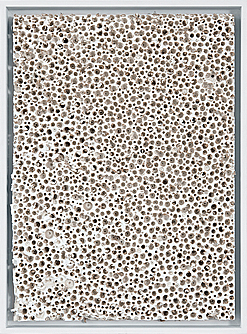 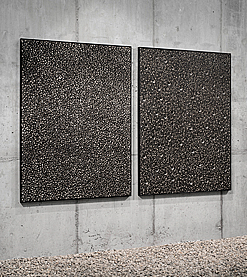